Artificial Intelligence: At Your Disposal

So tell me”, he smiled thoughtfully, “what else can computers do for us?” 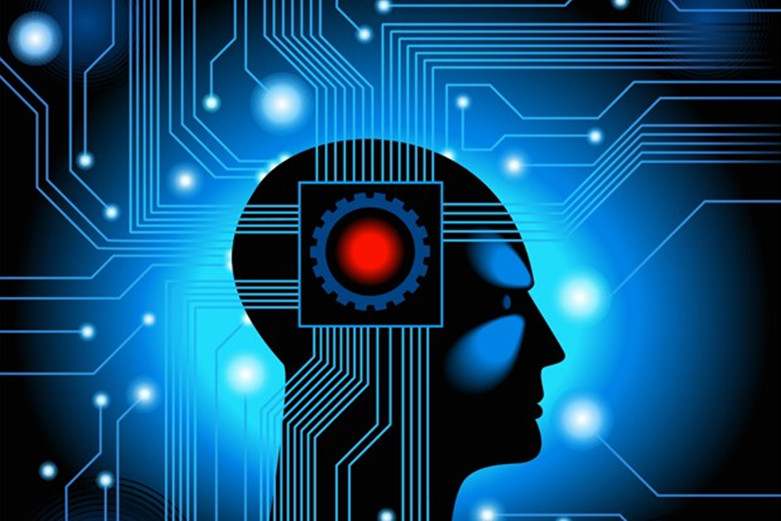 My lunch guest was a very senior executive of a hugely successful global company. Clustre, my company, has been helping him to tap into major sources of innovation. We introduce him to agile game-changers that deliver sharper, faster, more cost-effective solutions. And this lunch was our chance to review progress and to brainstorm future needs.

I fully expected him to start the conversation by outlining his business priorities and goals. That’s the normal opening gambit. To my surprise, though, he launched the discussion with a challenge…

“Most senior executives,” he explained, “have one key question on their mind: what’s new that could make our computers do more for us? It’s a good question – but it’s not innovation. True innovators don’t follow bandwagons; they follow their instincts. They work outside the safety zone of proven technology. So tell me”, he smiled thoughtfully, “what else can computers do for us?”

It was a very clever question and there was a lengthy pause while I collected my thoughts. He looked at me quizzically – wondering perhaps whether his question had silenced me into submission…

“Computers are very powerful,” I finally remarked, “but they’re still passive devices. They’re programmed to react to input.  I want them to be much more proactive – to anticipate my needs, to feed my imagination, to trigger my thoughts and actions.”

“So what are you talking about?” he asked.

Those two words kick-started a fascinating, wide-ranging discussion.  Why had such a hot topic as AI remained on the back burner for so long? How and where could companies capitalise on its potential? Was this now the time for AI to finally come good and deliver a better way of doing business?

As we talked, though, I had a growing sense of déjà vu. I found myself stepping back twenty years to a time when I was working at Accenture and leading their innovation practice. It was an exciting time of seemingly infinite creative possibility. For example, we had just delivered a truly ground-breaking assignment for the UK’s largest building society. A touch-screen system where customers could check out all of the financial products and demand quotations without ever having to talk to an employee. In the early 90s this was really radical. It felt as though we had climbed a technological Everest – pioneering the concept of intelligent customer self-service by creating the first-ever virtual branch.

I can still remember the acute sense of achievement and the feeling that everything was now possible (you can read the full story in my article: How to be a Game-changer). And this feeling was contagious because it inspired my then client to ask…

“How far can you take this idea… could you, for example, develop a system that’s as good as – or even better than – our best sales person?”

Without knowing it at the time, he was asking me to develop our first AI system. Fortunately for me (since I am certainly not an AI expert), Accenture had just hired an authority on the subject. He was swiftly assigned to my project team and we stepped once more into the unknown world of innovation.

We started by gathering together a team of the client’s top sales people. We then sat them down with our AI expert who had been carefully briefed on the rules governing the sale of regulated products. We also called in the services of a User Experience designer to obtain a better understanding of people’s risk appetites and option requirements. And last, but certainly not least, we asked a group of customers to help us develop the system that would be designed for their stand-alone use.

The final result blew everyone away. It even won the support of the FSA who agreed to assess the system for compliance. They tested and analysed every aspect of the new application… and then they signed off. It was the first time they had ever approved a sales platform that entirely removed the need for a sales person.

Remember, this happened in the early 90s – long before Java, Windows 95, and the first PlayStation were launched. It is a tribute to a client who not only had the vision to see the possibilities but also the courage to take on the challenge… and the very real risk of failure.

However, there is a sad but rather revealing postscript to this story. What happened to this ground-breaking system? Well, it was lauded, feted and widely acclaimed… and then quietly shelved. The building society decided to focus on building its Systems of Record (SoR) rather than its Systems of Engagement (SoE). And, sad-to-say, that was not an uncommon fate then. Real innovation is often too radical for most risk-averse management to stomach. Sometimes it takes time to build an appetite for the truly ground-breaking. And maybe – just maybe – twenty years later, that time has now come…

One of our innovation firms has developed a remarkable new system. It captures the experience of knowledge workers, combines it with rule sets – both internal and external – and, when called upon, it then executes this collective knowledge.

This is a really clever toolset. So clever that it’s been instantly snapped up as – you’ve guessed it – a financial adviser app! The user interface and the functionality are virtually identical to the system we developed twenty years ago. It’s galling to think that this potential could have been such a potent reality back in the 90s. But it’s also interesting to see that today’s app is built entirely using diagrammatic tools. It can be created by non-programmers to record the knowledge and rule sets which are then executed and interpreted, in real-time, by a computer.

The app has been shown to several insurance and wealth management companies and this has spawned a number of exciting projects. I can’t wait to see the final results. And I can’t help feeling that this is the start of something important…

This could well be the moment that AI finally comes of age.

We haven’t yet reached the tipping point when computers take the initiative but we’ve taken an important step along that road. I am encouraged by the power of Cortana from Microsoft and Siri from Apple to boost our personal productivity. I’m also impressed by tools such as Watson from IBM which have the potential to power a company’s workforce. We’re not there yet – but we’re certainly getting there.

And, by-the-way, if you can help us to reach that destination, then I would dearly like to hear from you. If you are a pure-play AI/Machine Learning firm or have a technology which utilises AI/Machine Learning, please get in touch with me at Clustre. My lunch guest and a host of close CIO contacts would be most interested to hear your answers.

Robert Baldock is the MD of Clustre – The Innovation Brokers – and can be contacted at robert.baldock@clustre.net
Share on FacebookShare on LinkedinShare on TwitterShare on Pinterest
MORE INFO
FOLLOW
IN TOUCH