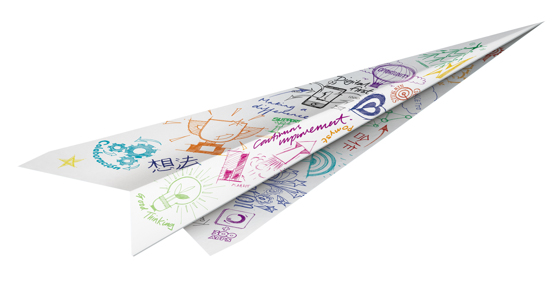 Richard Wilkinson is the Innovation Manager at Aviva. He was also the guest speaker at Clustre’s senior executive Breakfast Briefing on Wednesday 22nd March 2017.

Responsibility for innovation sits within Aviva’s Digital business which has its own P&L as part of Aviva’s ‘Digital First’ business strategy.

The scope of innovation covers virtually every key area within the business: customers, suppliers, competitors, start-ups and employees. Richard’s primary responsibility is to drive all innovation that delivers benefits to the business and its customers globally. The scale of the challenge is impressive: 40,000 employees serving 33million customers in 18 major markets across the full range of life insurance, general insurance, health, wealth management and retirement planning products/services.

This is no trivial challenge. Innovation lies at the heart of Aviva’s mission to ‘defy uncertainty’ for their customers by mitigating risk and by disrupting, transforming and leading the market. As Richard candidly remarked: “if we don’t disrupt ourselves, someone else will!” To this end, the business has a simple, focused strategy and a clear set of values. It is considered critical that innovation is consistent with this strategy and these values.

Aviva’s flagship innovation programme is the ‘Customer Cup’ tournament – an annual competition for employee-generated innovation ideas. Since its inception in 2008, the Customer Cup has generated more than 1,500 genuine (unique and implementable) ideas with the potential to deliver real benefits.

Important elements of the tournament are that anyone can submit ideas (no line-manager sign-off is required). These ideas are assessed by senior management in each market. By selecting ideas to progress to the next stage, management make an implicit commitment to implement them if they make it through to the Grand Final – the ultimate stage when the six best ideas are put before a panel of judges drawn from the most senior executives.

Any individual can submit an idea but, in order for it to be successful, that person must then collaborate with others to develop it for assessment. This fosters a genuinely democratic approach to innovation where anyone can comment on and contribute to anyone else’s idea. This sense of collaboration is a very important element of the tournament and, by the time an idea reaches the Grand Final, it is being presented by a team. This ensures that every member of each presentation team is given a high profile. They get to present their ideas to the most senior people in the business… And, seeing this happen, is a huge motivation for others to submit ideas next time around.

Richard shared the seven key lessons he has learnt about maximising the benefit from this kind of innovation programme:

The Customer Cup in action

Here are just some examples of the successful innovations that have been implemented as a result of the Customer Cup:

In the lively discussion that followed Richard’s presentation, several interesting aspects of innovation and ideation programmes were explored, including: