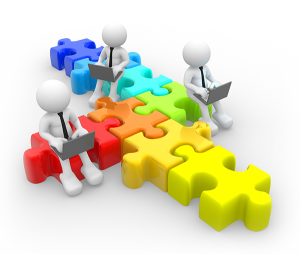 Regular client surveys have always revealed a consistently high level of satisfaction with the platform. Despite a few frustrations with logging-in and downloading, there was universal praise for the platform’s content, data and analytical integrity. However, in their search for constant improvement, BNEF’s senior management recently embarked on a radical strategy to improve the total customer experience…

Research into senior management behaviours had revealed a shift from reading reports to a much faster, more immediate way of accessing a broad mix of data. The senior executive channel of choice is now the mobile. Smartphone apps provide targeted, concentrated bursts of instant insight – nuggets of data that are perfectly packaged for a time-starved lifestyle. Logging in to read lengthy reports may have been acceptable 5 years ago but today’s senior leaders increasingly demand a more instant and accessible solution.

And to prove this point, one of BNEF’s nearest competitors was already venturing into the app arena. Spurred by this rival development and determined to set the bar even higher, BNEF resolved to be the leading adopter of this new channel. But that decision brought with it a whole set of new challenges…

BNEF was no stranger to mobile apps. Several years earlier, the company had created a customer-facing app for iPad users. But, following a successful launch, the app’s development had stalled. Plans to make it available for iPhones and Android devices had also been shelved. Yet, despite this lack of progress, the app was still popular. Many clients still liked it and were requesting updates.

Keen to build on this goodwill, management approved an ambitious – but very pragmatic – app strategy. To build a truly bar-raising, state-of-the-art app, senior executives conceded they would have to work with external resources. “Although good, our internal development teams had only limited exposure to mobile apps. We simply didn’t have the time to learn on the job – this development had to be right first time” admitted Jon Moore, Head of BNEF.

There was also a secondary but equally important driver of this collaborative thinking. BNEF wanted to grow its own in-house capabilities. Clearly, mobile app development is the ‘hot’ technology, so it made eminent sense to work alongside the very best practitioners. This approach would not only train talent but it would also recycle and share knowledge throughout the organisation – a hugely valuable asset.

A marriage was clearly on the cards, but that left BNEF with the biggest question of all: who should they choose to share the bedchamber?

BNEF already had a close working relationship with Clustre so it was natural that they would turn to the ‘Innovation Brokers’ to help find their new app partner. The criteria for selection, however, were far from simple:

An impressive track record… the experience and self-confidence to challenge assumptions and preconceptions… an intuitive grasp of business priorities… a forensic talent for getting to the real issues…this was already a demanding set of criteria. And we have yet to mention BNEF’s top two selection requirements: Speed and Quality.

Speed was paramount – this app had to be developed and delivered before the summer of 2016. The chosen partner had just a handful of months to turn the project around.

Quality was the ultimate imperative. This app had to be right first time and it had to be universally liked. Nothing short of this gold standard would be acceptable.

Three candidate companies were in the running but only one ticked all of the boxes. This member of the Clustre innovation community is a multiple award-winning mobile app development firm and the reason why they have been so widely acclaimed soon became apparent to Moore…

“They took us back to basics. They started with the User Experience and showed us what ‘good’ really looks like. When you see and experience best practice, it certainly helps to shape – and often re-shape – thinking. This proved to be a really useful exercise and helped to surface a number of false assumptions and misconceptions…

“One of the key learning points was the absolute need to cut through the chaff and give clients instant, any-time access to highly relevant content. We learnt to keep the message sharp, simple and clear… strip away everything that isn’t core and utterly relevant. That is the ‘Simplify and Improve’ mantra for successful app development and it quickly became the central discipline at BNEF.”

Just as importantly, the team grasped the need for bookmarking. BNEF’s customers simply don’t have the time to read and absorb deep, analytical content… so a bookmark function became an absolute imperative.

The App Developer’s immersion in BNEF’s business also paid dividends. The team invested a lot of time in understanding business goals and the specific needs of the client community. And this search for the truth was matched by an open-door attitude to mentoring…

Two of BNEF’s own internal developers spent a month working with the developer’s team. This is something that the app specialist welcomes because this close involvement always proves very valuable. Working so intimately with best practitioners gives clients first-hand exposure to techniques and working practices that would never normally be seen. This has undoubtedly enriched the experience of all BNEF developers.

In just over 6 months, this new app had not only been scoped and created but also beta tested on 80 demanding clients. The results have been impressive.

Feedback from this exacting senior level community was unanimously positive:

These are typical comments from this comprehensive beta test.

For Moore, such high-level endorsement was particularly gratifying… “My nagging concern was to find the right mix of functions and content. The app needed to be both easy to use and precisely targeted to meet the critical business needs of executives. Senior-level users need to stay on top of all industry changes and also to dive deep into content whenever necessary. Striking that critical balance was the really big challenge.”

The evidence is irrefutable. Not only has this app found the right balance of content, it has also been delivered in a fraction of the time it would normally have taken. At the end of April 2016, the first release of this app went live. By any standards, that is a remarkable achievement.

So what are the main lessons and legacies from this project?

And, for Moore, that has to be the lasting legacy of this whole experience…

“Working with this great team also gave us the chance to train two of our best developers. Not only are they now accomplished mobile app developers but they also own the app for the future. And that is the enduring value of collaborating with the best.”

© 2020 Clustre, The Innovation Brokers All rights reserved.
We use cookies to enhance your site experience, improve our understanding analysing our site traffic finally to enable social media features.
By continuing to browse, closing this banner, scrolling or clicking a link you agree to the use of cookies.AcceptRefuseCookie Policy
You can revoke your consent any time using the Revoke consent button.Revoke cookies