Convergence – Artificial Intelligence and the Internet of Things

In 1999 the hype-word was Convergence. Two rapidly evolving technologies, the internet and the mobile phone, were starting to come together and pundits were predicting amazing things would result.

The Internet and the Mobile Phone 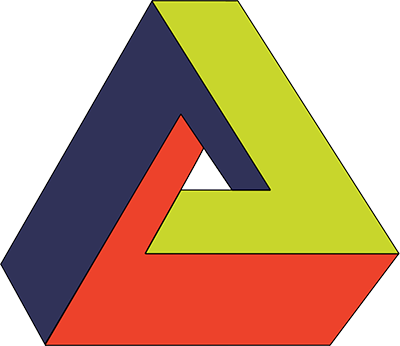 The internet had developed to the point where dial-up modems were starting to give way to DSL. AltaVista was the leading search engine (the infant Google was just one year old). Internet banking was starting to become available. Amazon was barely five years old. The Dot-Com bubble was nearing its peak. There was a widespread belief that internet and eCommerce were set to change the world – but no-one quite knew how.

Meanwhile the mobile phone industry was still two years away from 3G and packet switching. In Japan NTT had just launched the first full mobile internet service (i-mode). The state-of-the art phone was the Nokia 8110 slide phone as featured in the film The Matrix which was also released that year. We were at least seven or eight years away from the first really usable smartphones.

What was particularly interesting about this much anticipated convergence of internet and mobile telephony was that the full potential of neither technology was fully understood. Each represented a brave new world of technological possibilities but exactly ‘what’ and ‘how’ remained firmly rooted in speculation.

Of course, today, we know that the impact of the internet has far exceeded the early promise of eCommerce. Its delivery over mobile networks is now the norm rather than the exception. In fact, a worrying proportion of us are glued to our mobile devices every hour of the day – and night. Almost every area of our lives seems to revolve around them – but, back in 1999, we could only begin to imagine the combined impact of these converging technologies.

We stand in a similar place today in relation to another convergence, again involving two emerging technologies: the Internet of Things and Artificial Intelligence.

The Internet of Things and Artificial Intelligence

The Internet of Things is, of course, not so much a single technology as a wave of connectedness. Much has been written about the commercial impact this will have in the business-to-business arena and the manufacturing industries. More than this it will increasingly come to touch us all in a myriad ways as it is built into the things we buy and use in our daily lives.

A close friend of mine, one of the brightest guys I know and the CTO of a FinTech venture fund, has spent most of his spare time over the last few months playing with a soldering iron and some scary looking plastic boxes. What he’s been doing is systematically connecting everything in his house to the internet; well, not everything, only the things that are powered by electricity.

Six months into this DIY project his house now has a mind of its own and its own independently active social media persona. And, along the way, he has learnt a great deal. A key learning point has been that connecting things to the internet is the easy part. The difficulty comes in writing software that will make these things do useful stuff in response to their environment and the other connected things around them.

That is the challenge. And this is where Artificial Intelligence comes into its own. Again, much has been written over the last year about the impact of AI. But one thing is very clear. This is not a ‘coming’ technology; it has well and truly arrived. And it’s certain to impact everyone. Respected tech-prophets are predicting that two-thirds of us will be redundant – replaced by some form of AI-enabled machinery – within the next 10-15 years.

If that prospect disturbs you, then let me offer some comfort. In my view, what AI really offers us is something surprisingly positive… a new way of writing software that will control and enhance the things around us.

Perhaps the best-known example of this is the Google Self-Driving Car – a technology which, when perfected, could remove human fallibility from the road and free us all to become more productive. The combination of AI and other technologies is already starting to make itself felt and many of us keenly anticipate the day when virtual personal assistants will run our lives, free up our time and make us ever more effective. So rather than fear AI-induced redundancy, we should perhaps relish it.

Today the convergence of AI with the Internet of Things holds a similar promise to the convergence of the internet and the mobile phone back in 1999. Neither technology has reached its full potential and, separately, each one could deliver more than we expect. Together, though, their impact will be massive – far more pervasive than we have yet imagined.

As a thought-experiment write a brief but detailed description of everything you do in a typical day. Track your activities from the moment you wake, shower and get dressed through your commute and working day to your private and leisure life. Then consider how each of those activities could be done for you – and done better – with the help of AI and the Internet of Everything. Just imagine what life could be like if you were connected to the things around you which, in turn, were connected to each other in intelligent ways and controlled by intelligent software.

Depending on your innate level of optimism, I suspect you will find this either extremely exciting or very scary.