Digital disruption: A shot in the arm..or foot?

Recently, the lunch-table has been a rich source of inspiration…

Only a few weeks ago, after a fascinating meal with the senior executive of a global information provider, I served up an article on the hot topic of Artificial Intelligence. 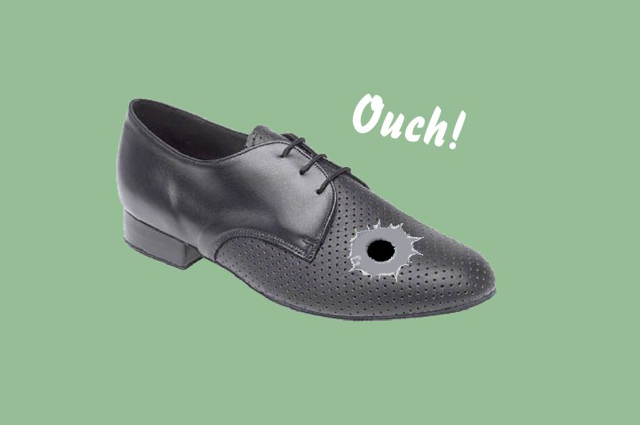 And, just a few days ago, I caught up with another client for lunch. Once again, it turned out to be a feast of great ideas and the inspiration for another article – this time on the subject of Digital Disruption…

My lunch guest was – and is – a dedicated innovator. Indeed, he believes so passionately in the need for new thinking that, just over a year ago, he created a ‘skunk works’ for his major company. With the full backing of his colleagues on the Board, he was given the freedom to break rules, challenge taboos and circumvent the procedures that so often mire big organisations.

I was so impressed by this absolute belief in innovation that I committed Clustre to supporting his efforts. We introduced him to a number of our member firms who collaborated on turning ideas into working prototypes. Indeed, my lunch guest went on to turn two of these prototypes into new products which were launched – most successfully – into the market.

Lunch was the perfect opportunity to catch up with these developments and to free-range over a host of hot topics. And it wasn’t long before my guest posed a real killer question: “If we were to launch a disruptive play, should we launch it under our own brand or anonymously?”

This really is a critical question… one that all innovators should ask. So, over lunch, we discussed the issues and discovered the surprising answers in the lessons of history.

Inventing the instrument of its own demise 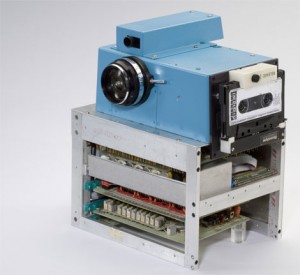 In 1975, Kodak invented the digital camera. This truth astonishes many people. Kodak really did invent the instrument of its own demise. And instantly this raises the reflex question: why on earth didn’t Kodak go on to produce and sell the digital camera?

Well, in all honesty the technology was in its infancy (as you can see from the picture below). It hadn’t yet reached the level of sophistication needed to make the camera sufficiently small, affordable and practical. But, in truth, all of these issues could have been resolved in time. Kodak could have capitalised on its own inventive genius.

The blind spot was management. With classic myopia, some key members of the management team simply couldn’t grasp the digital dream. Some of the more canny senior managers also feared – with some justification – that a shift to digital would cannibalise the company’s core film-making business. So they buried the idea and concentrated on managing their way into oblivion.

What should they have done? With the benefit of hindsight, the answer is simple: create a completely new company to develop their technology, apply for the necessary patents and give digital the freedom to develop. But, it’s always easy to be clever in retrospect.

An inspired idea born out of the fierce heat of competition

Now let’s fast forward to the millennium and the formative years of the internet. Let’s turn the spotlight on one of the UK’s most competitive industries: real estate.

It was around this time that four, far-sighted estate agencies came up with a new vision for the house-buying market. Seeing the internet’s potential as a public portal, they created Rightmove – the definitive web-based service for home buyers and sellers.

It was an inspired idea born out of the fierce heat of competition. By loading the site with details of their combined property portfolios, they created an instant and massive database. It was an immediate and unstoppable success. In 2006, Rightmove listed on the London Stock Exchange and is now worth over £3.5bn. To put that in perspective, these four estate agencies created something that is now worth more than the combined value of the four founding companies!

There have been many copycats since but none has come close to matching the success of Rightmove – literally the first mover in the property market.

One of those worried mobile operators was O2. However, rather than fear the future, they chose to write it. Management decided to seize the moment and establish its own online competitor. In late 2009, Giffgaff was launched – and the rest is history…

A volatile cocktail of opportunism, vision and very genuine fear had created the perfect launch pad for Giffgaff. This disruptive play was born out of necessity and delivered by a management with the courage to grasp the future.

The doggie-bag of take-home lessons

So what did we learn from that lunch?

Well, the first truth is that human nature – being largely risk-averse – prefers the status quo to the state of change. To shift from this mind-set, management needs a powerful incentive.

Fear is one of the most potent forces for change. O2 seized the moment and capitalised on it. They could have retrenched and retreated just like their rivals; instead they decided to change the balance of power by creating a disruptive play of their own.

Opportunism is also a powerful force. When visionary management sees an opportunity and possesses the courage to exploit it, then you have the perfect chemistry for disruptive change. Rightmove was the right product at the right moment in the right management hands.

However, remove those imperatives and you have the Kodak scenario. A world where there is no perceived need, desire or appetite for change… a world where fear rules and complacency stultifies innovation… a world that drowns in its own lack of vision.

This is the take-home reality:

Established companies should embrace disruptive innovation – BUT this is best nurtured, tested and proven in a separately branded company with no obvious connections to the parent company. This creates the freedom to innovate without incurring any internal backlash.

Keep to this independent mantra and disruption could be just the shot in the arm that your company needs.

Do it under the auspices of the parent company and you could well be shooting yourself in the foot.

Do nothing at all and you might as well stand passively in front of a firing squad and await your inevitable fate.