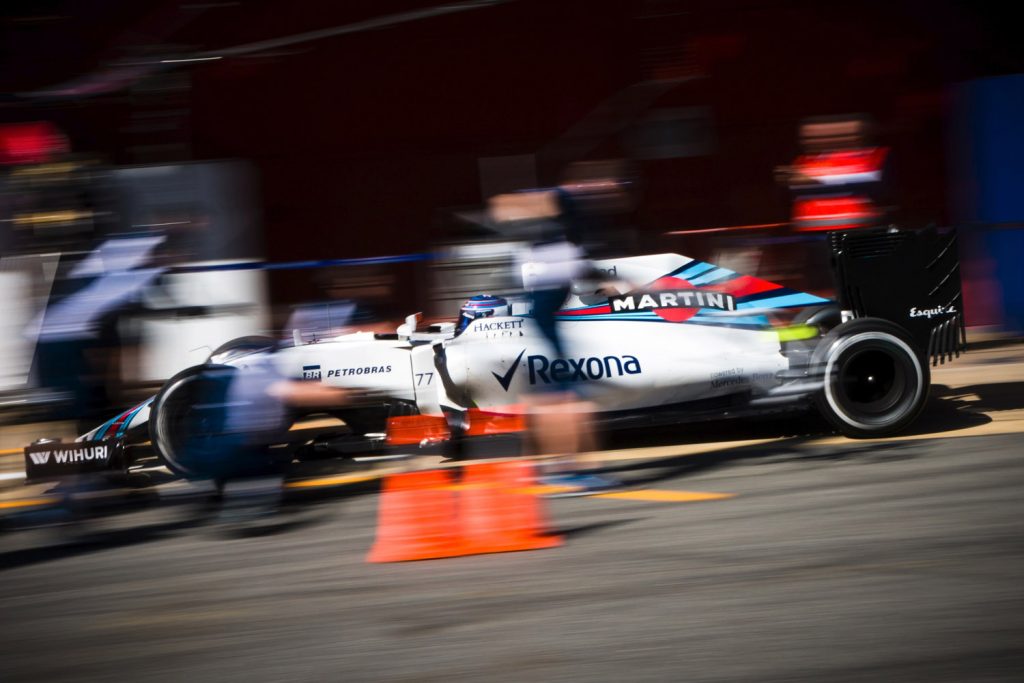 To any fan of Formula 1 (F1), motorsport’s fixation with innovation will come as no surprise. F1 teams are the ultimate competitors. Driven by intense rivalry on track, the demands of high-rolling sponsors and the equally high-octane expectations of 425 million global TV viewers, the pressure to perform couldn’t be greater.

This is not just a commitment, it’s an all-consuming passion for speed. Innovation is its decisive edge… the critical advantage that powers some teams to pole position and relegates others to the back of the grid. And this passion flows down the line to the many motorsport firms that supply products and services to F1 teams. So you might think that the skills developed in such a rarefied environment would have little relevance outside the motorsport arena. But think again…

The surprising truth is these innovation skills are highly transferable. And to prove that point, here are three fascinating case studies:

From racing stops to neonatal resuscitation – lessons from the pit lane

In the time it has taken you to scan those nine words, a F1 pit crew will remove and replace all four wheels of a race car.

The record – set by the Williams Racing team – stands at just 1.92 seconds… a remarkable testimony to team effort in a time-critical and very space-limited environment.

But this achievement is no accident. It is the product of innovation and a fanatical attention to detail. Every step of the process – from the instant the race car skids to a halt to its release onto the track – is studied in minute detail. Each action is analysed to optimise efficiency.

All possible pitfalls and problems are scenario planned. And then the hard work begins…

A dedicated human performance specialist selects the crews and fine tunes their techniques, roles, procedures, co-ordination, health and fitness. Williams even have customised floor maps for each pit box at every F1 circuit in the world. In the race for success, nothing is left to chance. 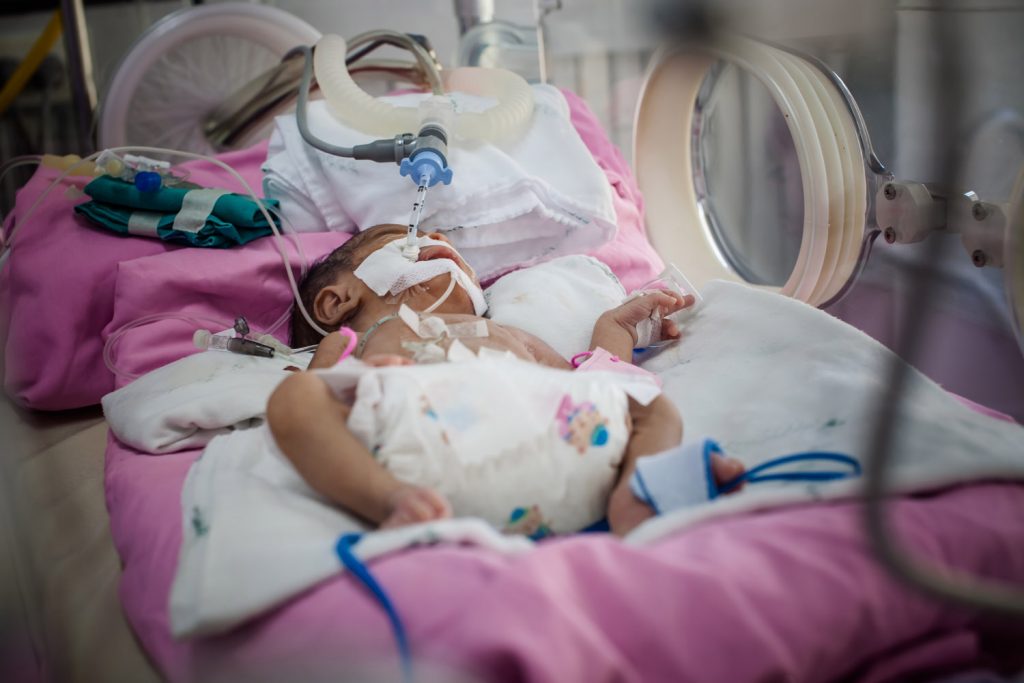 The parallels between these time-critical and hugely demanding environments were so striking that senior consultants at the University Hospital of Wales (UHW) reached out to Williams. The race team’s response was instantly supportive:

“When we were approached (by UHW) we were delighted to assist,” commented Williams’ deputy team principal Claire Williams. “Their work is vitally important and the pressure they work under is difficult to comprehend; it’s a matter of life and death every day of the week.”

Williams engineers entered into a series of deep-dive discussions with the UHW team. These resulted in a visit to the Williams’ UK operation to observe the pit crew in action and to study the disciplines of pit lane success. And then came the cross-fertilisation…

In close collaboration, they studied the critical chain of events in a real-life emergency. For a start, the resuscitation trolley was analysed in order to streamline efficiency and ensure instant access to vital life-support systems. A precise floor plan was also created to optimise space for neonatal resuscitation teams in the cramped conditions of the delivery theatre. Every process and procedure was scrutinised to improve a new-born’s chances of survival.

“If just some of the advice we have passed on helps to save a young life then this would have been an extremely worthy endeavour.” Claire Williams affirmed. “We are increasingly finding that Formula One know-how and technology can benefit other industries and this is a wonderful example.”

From hot laps to chiller cabinets – cool lessons in innovation

In an emergency stop, the brake temperatures in a high-performance road car will sometimes soar to 500˚ C… in a F1 race car, the disc temperatures routinely hit 1,200˚ C.

This extreme environment calls for extraordinary innovation. Get it wrong, the results can be catastrophic … as Lewis Hamilton discovered (in July 2014) when his carbon brake disc exploded and pitched him into the barrier. Get it right, you can power all the way to the podium.

For virtually four decades, Williams have led the field in F1 engineering. And now they are taking their race-bred know-how to the rest of the world. Williams Advanced Engineering (WAE) is a specialised arm of the company.

Its specific brief is to find commercial outlets for the very best of F1 engineering. And never, as this case study proves, has there been a greater need or demand for their talents.

Energy is one of retailing’s greatest cost areas. Power consumption accounts for a very significant percentage of operational overheads. Sainsbury’s alone operate 1,100 stores and collectively they drain 1% of the UK’s total energy production. The chilling truth is that most open-sided refrigerated displays units are massively inefficient – chewing power and wastefully creating the ‘cold aisle syndrome’ that is so hated by shoppers. In short, this is the perfect environment for some serious innovation.

Aerofoil Energy (AE) is an inspiring UK start-up. So inspiring that WAE agreed to collaborate with them and share some of their most radical thinking on aerofoil cooling technology. Derived from their pioneering work on wing-deflected brake ducting, they pooled their know-how to develop new aerodynamic devices that could dramatically cut energy costs. 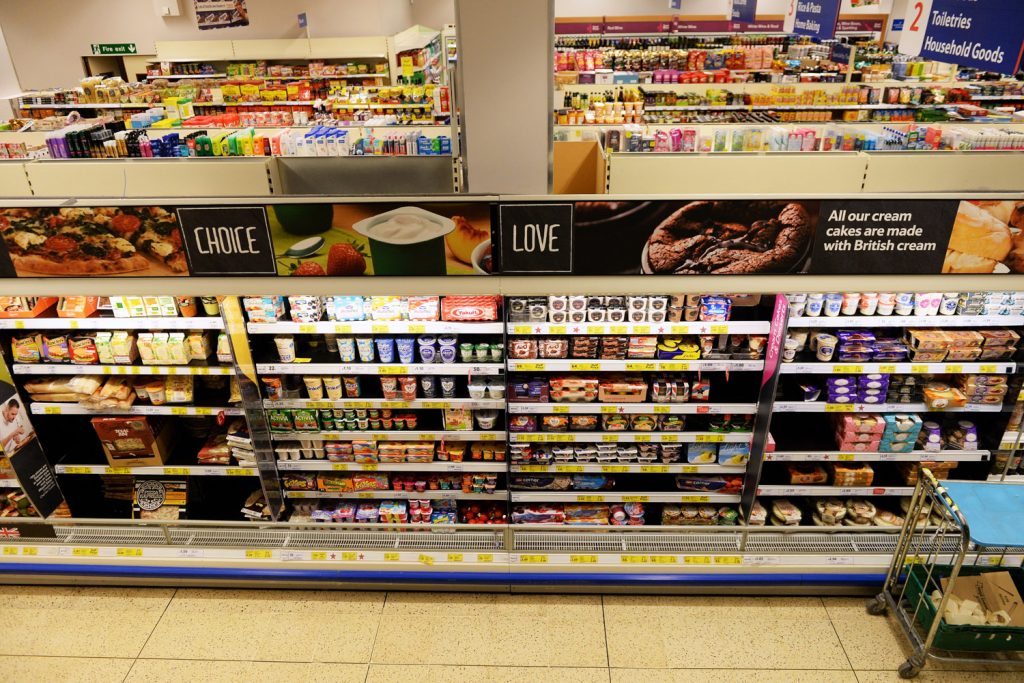 Aerofoils can root a race car to the track with nearly 2 tons of downforce. But they can also re-route and recycle air currents to achieve totally new goals. By deflecting cold air back inside chiller cabinets, aerofoils can be re-profiled to maximise efficiency, cut energy consumption and markedly reduce carbon footprints.

Using computational fluid dynamics to model and simulate these new designs, the joint team has created and successfully tested the prototype. They are now developing a production aerofoil system that can be retro-fitted to refrigerator shelves to deliver instant economies and performance gains. Not surprisingly, the reaction from a number of supermarkets has been equally instant and enthusiastic…

By 2020, Sainsbury’s is totally committed to reducing its operational carbon emissions by 30%. This consumption-cutting technology will undoubtedly play a key role in achieving this ambitious target.

Speaking about the trial John Skelton, Head of Refrigeration at Sainsbury’s PLC, commented: “‘Aerofoils help the airflow around Formula One cars and improve their performance – and that’s exactly how they help the fridges in our stores… by keeping the cold air in. This Formula One inspired innovation has already shown it can cut carbon produced by major refrigerators.”

It’s a sentiment that is echoed by Craig Wilson, Managing Director of Williams Advanced Engineering: “WAE’s mantra is to take the best of F1 technology and know-how and to work with a range of industries to help improve their products and services. The collaboration with Aerofoil Energy is a perfect example of how Formula One innovations can have a tangible benefit to ordinary people and the environment. This technology has global potential and the savings in operational costs and emissions are extremely promising.”

And finally – some lessons in fast data analysis

In the race to lead the field in innovation transfer, one name is a serious contender for pole position: McLaren…

No Grand Prix team has a more illustrious history on track. And off-track, McLaren Advanced Technology (MAT) is an equally impressive performer. MAT has helped leading pharmaceutical companies to improve their R&D and manufacturing processes. It has created critical air traffic scheduling systems. It has also worked closely with the world’s biggest oil and gas companies to optimise their production processes. And we are still only scratching the surface of MAT’s potential… because the performance bar has just been raised much higher! 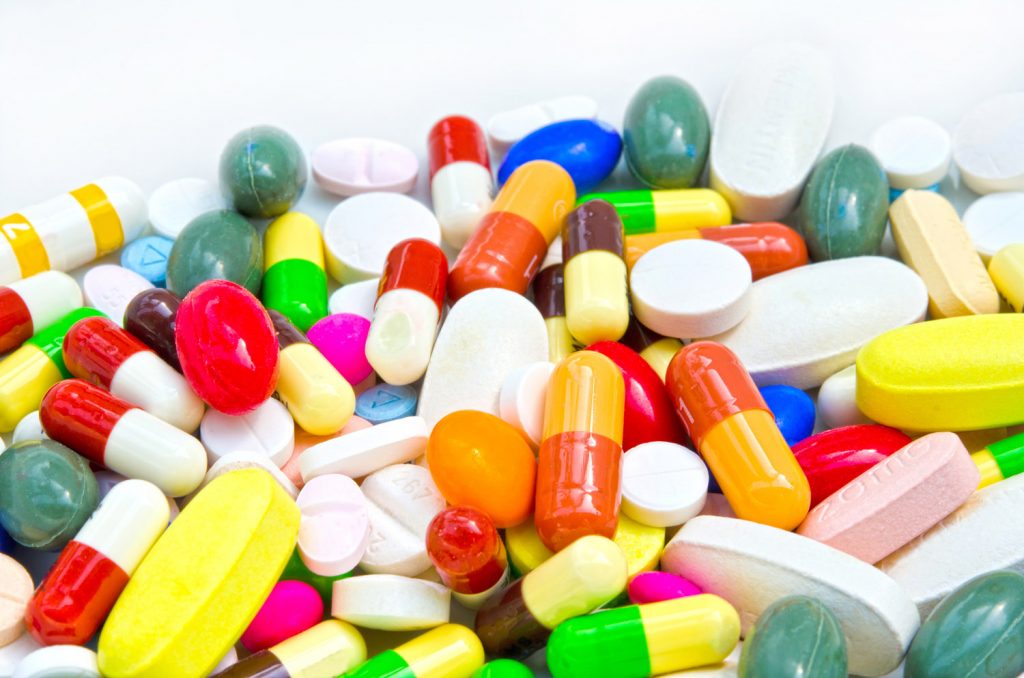 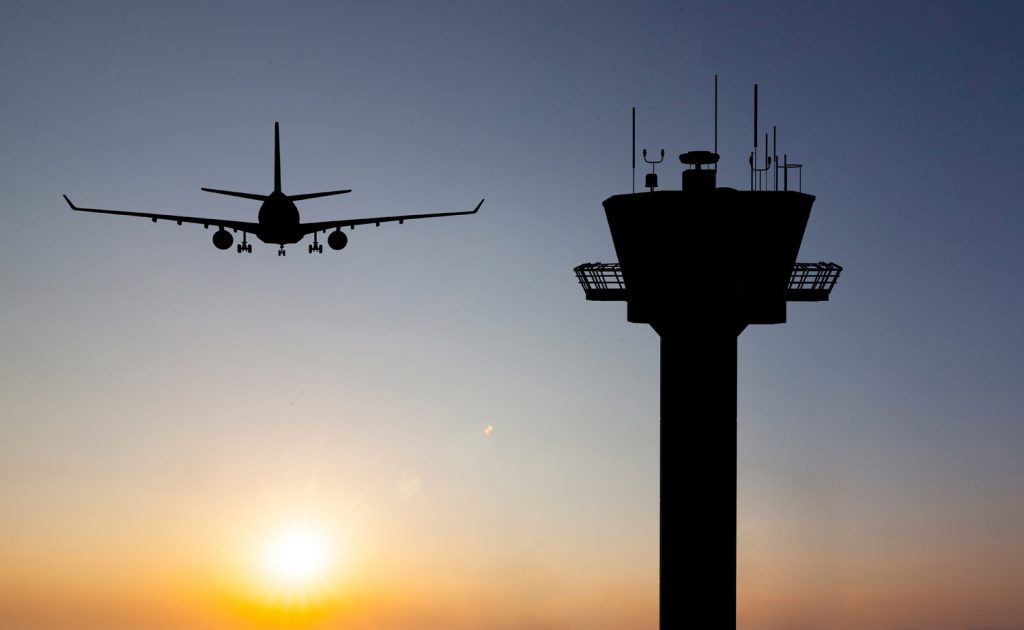 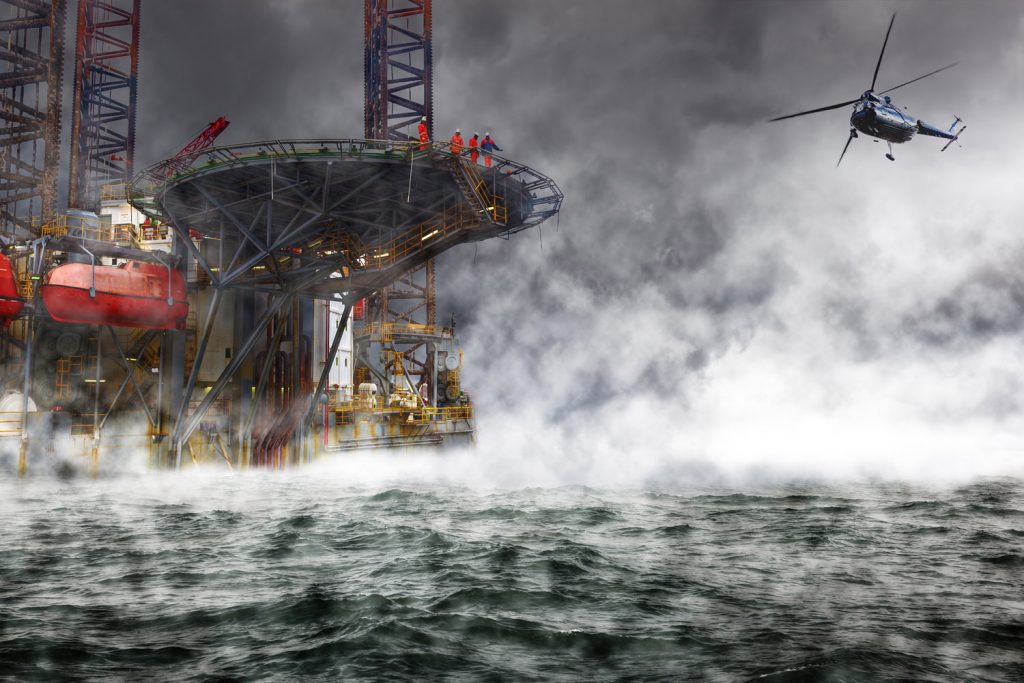 McLaren Technology Group and KPMG have recently formed a strategic alliance. This will open new doors for MAT’s predictive analytics and fast data technology to collaborate with KPMG’s audit and advisory services. Under the terms of this 10-year agreement, KPMG becomes the ‘Pioneer’ Innovation Partner of the McLaren Technology Group. Effectively, this brings together McLaren’s highly-tuned expertise in predictive analytics and KPMG’s extensive audit and consulting capability.

Together they will develop and deliver a unique range of advisory services.  Companies will be able to draw upon a combination of KPMG’s long-standing consulting pedigree and business insight, paired with McLaren’s high-performance culture and technical know-how. It’s the perfect marriage.

Simon Collins, UK Chairman of KPMG, commented: “McLaren has honed sophisticated predictive analytics and technologies that can be applied to many business issues.  We believe this specialist knowledge has the power to radically transform audit, improving quality and providing greater insight to management teams, audit committees and investors.  The same is true of our joint advisory services…

For example, applying McLaren’s predictive analytics and know-how to a complex international supply chain, could help clients to make a step change in the service they provide to customers.”

The unashamed champion of innovation…

If anyone needed evidence of the wider value and versatility of race-bred innovation, look no further than this strategic alliance. And that holds true not just for F1 but for every division and echelon of motorsport:  Le Mans, Touring Cars, Formula E, Formula 2, GP2, The World Rally Championship teams, MotoGP, you name it. At every level, teams are driving innovations that could improve performance right across the broad spectrum of business and industry.

But there’s one big snag…

Many of these brilliant innovators are just too small and too specialised to ‘blip’ the radar of large, global companies. So we have made it our business to ‘blip’ it for them. Clustre’s only role in life is to introduce innovation-hungry major companies to agile and truly inspiring niche firms. We are the unashamed champions of innovation.

Clustre has developed unique relationships with the motorsport community. If you have been inspired by these examples, Clustre can freely connect you with these world-class innovators.