Like me, you are probably immensely proud and inspired by the performance of Team GB at the Rio Olympics. To finish second in the medal table behind the USA (with a population that’s five times larger than ours) and ahead of China (with a population that is almost 20 times larger) is a remarkable achievement. What’s more, to be the only team in history to have increased their medal haul after hosting the Games, is hugely impressive.

So what’s inspired and driven such unprecedented success? 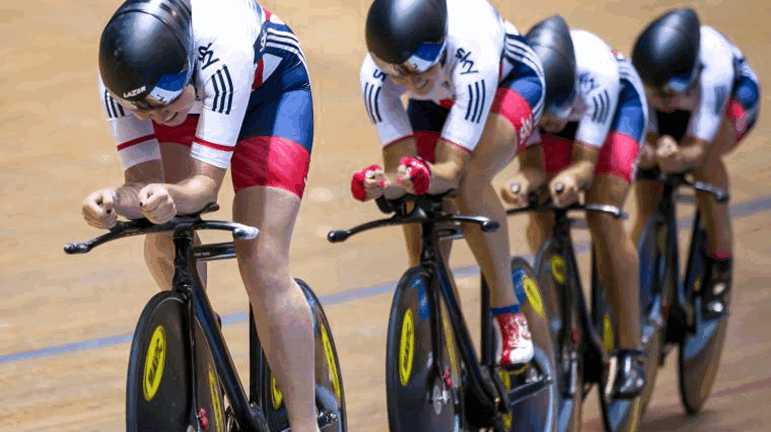 Well, apart from the world-class talent and dedication of our athletes, there is no doubt that targeted funding has played a key part. UK Sport has received significant support – just over £274 million – from the National Lottery. But money alone does not buy you gold. There is another equally important (but largely unheralded) consideration that has weighed heavily in the balance of success…

When the difference between gold, silver and bronze can be measured in fractions of a second, it is the combination of small factors that make the difference. Intensive personal training, bespoke dietary regimes, advanced coaching science, close medical and physiotherapy support, deep psychological preparation, painstaking competitor analysis and increasingly…incremental innovation.

The velodrome is a typical case in point. This was the setting for some of our greatest successes. Every single member of the indoor cycling team came away with at least one medal – an unparalleled achievement. But what gave them such a decisive edge? The answer is a surprising mix of factors – here are just a few of them:

3. Data analytics have also reached a new pinnacle of sophistication. Heart and pulse rates, lung capacity and efficiency, continuous blood sugar levels, blood biomarkers (such as Vitamin D), Hormone level monitoring as well circadian rhythms and sleep cycles – everything that can impact an athlete’s performance is studied with clinical precision.

Those of you who are F1 fans might have guessed that some of these techniques have been lifted from the highest levels of motorsport. And you would be correct. McLaren, for example, has been involved in designing the boats for our medal-winning rowers.

That is the massive value of technology transfer. And, interestingly, this value is not all one-way. Sir Chris Hoy has recently transferred his track-craft skills to the motor racing circuit. Earlier this year, he raced at the 24-hours of Le Mans where he proved just as determined and successful.

So what are the takeaway messages for businesses from all of this Olympic success?
Share on FacebookShare on LinkedinShare on TwitterShare on Pinterest
MORE INFO
FOLLOW
IN TOUCH