The people who are crazy enough to think they can change the world, are the ones who do 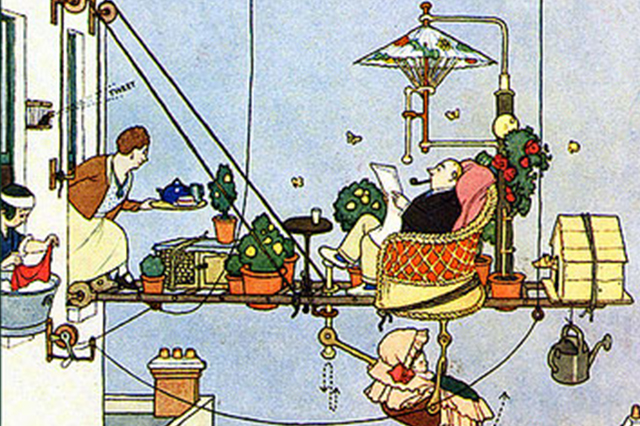 “Here’s to the crazy ones. The misfits. The rebels. The troublemakers. The round pegs in the square holes. The ones who see things differently.

They’re not fond of rules. And they have no respect for the status quo. You can quote them, disagree with them, glorify or vilify them. The only thing you can’t do is ignore them. Because they change things. They push the human race forward.

And while some may see them as the crazy ones, we see genius. Because the people who are crazy enough to think they can change the world, are the ones who do.”

Those one hundred words have changed our world. They define the creative force that is Apple. More than that, they are an anthem for all innovators. A rallying call for everyone with the confidence – and courage – to challenge conventional thinking.

Never has innovation been in greater demand. Every day of every working week, we sit down with ‘C’ level executives of major enterprises. We ask them one simple question: what is top of your agenda? And almost without exception, there is one consistent answer: Innovation.

But it’s a surprising response. After all, innovation is hardly a new phenomenon. It’s been a primal instinct since humans first emerged from their caves. So what’s driving this new passion for game-changing thinking? Well the answer lies in three tectonic shifts within the global economy…

1. Commoditisation
The pressure to commoditise ever more products and services has triggered major price wars – especially in retailing. This is now unsustainable. And if you need evidence, look no further than your nearest supermarket. Tesco has recently reported a third consecutive quarter of slumping sales – the retail group’s worst UK performance in 40 years. And performance at Morrisons has literally fallen off the cliff with a reported 7% drop in underlying sales in early May. That is the real price of today’s commoditised price wars.
2. Consumerisation

Thanks to the rise of eCommerce and social media, people have more power at the fingertips than ever before. And they certainly haven’t been slow to exercise their influence…

With increasingly exotic tastes, infinite online choice and effortless door-drop delivery, customers now expect and demand much more from suppliers. No longer will a ‘one-shoe-size-fits-all’ philosophy work. We are now in the era of mass customisation. We are also in the early stages of co-creation with consumers actually designing the product for the supplier to make on their behalf. The shoe is very definitely on the other foot!

Ask anyone today if they are time-starved and you are very likely to receive an emphatic ‘Yes’. But why do we feel so pressured?

The answer is strangely obtuse because the very things that are designed to enrich our lives actually make them more complex. We have more choice, more information and much more opportunity than any previous generation. But this surfeit of possibilities only ratchets the pressure on our time.

So the only answer is to simplify our lives. Complexity has forced us to seek convenience. For example, instead of the ‘big weekly shop’ at some megastore, we are now more likely to buy on a daily basis from a local convenience shop. It’s quicker, more impulsive and it saves on food waste.

But this shift in buying habits has done nothing to relieve the stress on retailers. We still expect the same variety and availability, so convenience stores now have to stay open longer and cater for every possible taste. Once again, the retailer has to absorb the pressure.

Faced with these three forces, it is hardly surprising that suppliers are looking for ways to make their businesses more innovative – especially when it comes to marketing, selling and delivery. Fundamentally, this search for innovation can be delivered in one of two ways: 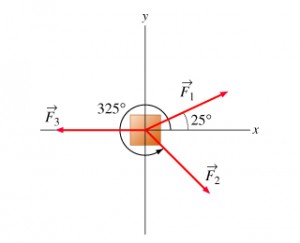 This is all about the creation of new products and services as well as the development and extension of existing ones. To achieve both goals you must start with a clear understanding of unmet needs and current shortcomings. This is not so much an art as a science requiring direct contact with the right customers. It is driven by a very precise process and, as I will illustrate, it can pay huge dividends.

One of the firms we represent – an innovation agency – was asked by a global domestic products giant to review and report on a leading fabric stain remover. Against expectation, sales of the liquid version of the product – a simple additive to machine washes – were deeply disappointing. This slump in performance was all the more inexplicable since the product was a proven success in its pre-wash spray version.

The innovation agency immediately launched a programme of extensive discussions with global user groups. And these soon revealed a fascinating but rather worrying reaction to the product. Today’s heightened awareness of green issues manifested itself in a very clear reluctance to pour more chemicals into the weekly wash. Localised spraying of a single stained garment was perfectly acceptable; adding wholescale to the family’s main wash was a clear no-no.

Based on that unequivocal research, you might think the wash-day additive was (to stretch a pun) all washed up. Fortunately, however, the innovation agency had other ideas. They probed further with the user groups and a curious split in opinion began to emerge. The same people who flatly refused the additive in their ‘coloured’ washes were perfectly happy to use it in ‘white’ washes. Indeed, user groups reported that the additive not only improved the quality of the wash but it actually saved time.

This revelation triggered some key recommendations from the agency. A small modification to the chemical formula… some very clever changes to the packaging and labelling… and a simply massive impact at the check-out till – a £500 million boost to global sales. That is the true power of product innovation.

This can be achieved in a variety of ways but my strong advice would be to follow the proven mantra: Eliminate…Simplify…Automate. This process is certain to focus minds and channel efforts to improve the end-experience for customers and employees alike.

The snag is, we are all creatures of habit. We are conditioned to improve upon the status quo; not question its value. And this default programming is the reason why people rarely step back to see processes in their wider perspective and relevance.

That is the special skill of simplicity consultants. Their favourite word – why? – underpins their search for a better way. They will challenge every precept, presumption and process. They will also reveal when perfectly valid systems are being so rigorously automated they provide little or no latitude for flexibility.

We know a leading financial institution that lost hundreds of millions of Euros to an inflexible and very insensitive Bereavement Handling service. Instead of a slick, compassionate service, bereaved families were forced to comply with a process that was deeply flawed, internally focused and poorly integrated.

Not surprisingly, grieving relatives quickly became deeply aggrieved customers. And they hit back. When funds were eventually released, they were instantly removed and re-invested elsewhere.

Desperate to stem this haemorrhage, the institution called in another Clustre innovation firm. This specialist in ‘disruptive’ technology has developed a rules-based platform that’s designed to tackle process problems in a very agile way…

Within a week all of the key stakeholders – business owners and product experts – had been interviewed and the project scoped.

Within three weeks, a wide range of Process, Decision and Data models had been produced together with a working demo.

And, after just three months, a customer-centric, end-to-end process had been created – from project scoping to a fully functional prototype in just 13 weeks.

That performance silenced the critics who said it couldn’t be done. The doubters who had written-off ‘disruptive’ technology as rule-based madness. Once again the crazy ones had changed the world.

Robert Baldock is the founder and MD of Clustre. Robert and his expert team specialise in connecting agile, game-changing firms to major, innovation-hungry companies.

Clustre are ‘The Innovation Brokers’.

In the next set of articles, Robert will feature more in-depth case studies of Product/Service and Process Innovation.