“No one need ever buy an annuity again” – George Osborne 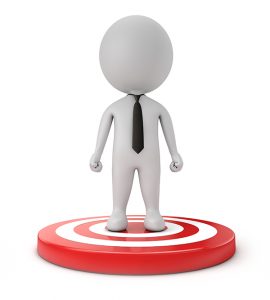 LV=, along with the rest of the industry, was left surprised by this totally unexpected declaration. Many respected observers feared that the financial reserves on which millions of pension payments depend could be devastated by a sudden withdrawal of funds.

After the initial surprise, though, the news was replaced by a curious sense of opportunity at LV=. As President Obama’s Chief of Staff remarked on learning about the Wall Street meltdown: “never waste a good crisis” This surprise news had suddenly created a new pensions landscape, and one that LV= was in a unique position to take advantage of…

“LV= was in a relatively unique position in that we already offered a wide variety of ‘at retirement’ products including enhanced annuities, drawdown and equity release. We quickly realised that if we could find a way of presenting the various options in one easy to understand product platform we would be well positioned to take advantage of the new opportunity. This was a hugely attractive goal. Unlike many of our competitors we saw these changes as a starting point for a better way of meeting customer needs.” CIO – Richard Warner.

Agile, a new way of working for a more responsive delivery team

LV= needed to deliver this new product platform to a fixed deadline, but the precise set of requirements was still unclear. The only certainty was that the traditional waterfall delivery methodology wouldn’t work in this scenario. So this could mean only one thing: LV= needed to be more Agile.

To bring an Agile approach to the company called for the support of a partner who could not only deliver in an Agile world but also help to inspire and establish cultural change within the LV= delivery teams.

After a review of potential partners, Clustre helped LV= to find and select a remarkable company. A firm that specialises in delivering Agile solutions for the most complex and time-critical technical challenges. Working as an independent partner, this team brings ideas to market and helps companies achieve success. The aspiration was that they would use their Agile implementation skills to help combine LV=’s strengths and goals.

“Many great actions are committed in small struggles” – Victor Hugo

Supported by LV= senior business leaders, a dedicated and focused Agile delivery team was formed in its Hitchin office. Achievement rested on this team being fully empowered and LV= realised that members couldn’t be from a purely technology background – people had to be included from across both the IT and the business functions to ensure success.

Led by a product owner – responsible for making decisions and statements regarding the scope and criteria for the project – and coached by the Agile experts, this team’s first goal was to create the ‘walking skeleton’; a top line representation of the end product the project was aiming to achieve.

The team also agreed the scope from which the project could start to collate a list of prioritised requirements – also known as a product backlog.

Whilst this ‘walking skeleton’ was being constructed, the working environment could be finalised. New, more powerful, desktop machines were delivered and internal resources were assigned to the project including an area where they could work together undisturbed. The Agile experts also delivered some initial workshops introducing LV= to SCRUM, the methodology being used to drive the project forward.

“It’s easy to get carried away with the positive progress that you see immediately in front of you,” Warner readily admits. “In our enthusiasm and excitement to get the project progressed, we realised that we were at risk of overlooking other service-facing teams in IT and the wider organisation who were not engaged in the day-to-day delivery of the project.”

As a working solution was being produced, the team wanted to start moving through the various environments. It was at this point that an important lesson was learned: engage with development services and set up your environments sooner rather than later. Warner takes up the story…

“It became very clear that development services should be involved in the team on an ongoing basis, not just a function with whom you interact at a given point in the project. I guess that’s the reason why they call it DevOps.

“This came to light when, after presenting the suggestions that we were planning to implement and subsequently hand over to support in a new and exciting way, the response was disappointingly muted amongst the service team. They threw up some interesting challenges the project team had not been aware of. This was a very real consequence of pace and not engaging early enough with our service delivery colleagues.”

The team recognised these challenges and rose to them by ensuring that the right people were engaged – and empowered – to make sure that a working way forward could be resolved.

The lesson learnt: Involve people from the whole project lifecycle right at the start and on an ongoing basis; it will significantly help.

“Give your clients the earliest delivery consistent with quality” – AC Nielsen

Agile delivery is based upon the principle of delivering a working set of functions in a number of discrete and focused ‘sprints’. These working functions are then presented to the business customers in a ‘show and tell’ session. This is a prime opportunity to share, at a very formative stage, the work produced by the project team and to elicit feedback to ensure it is on track for delivery against business objectives.

In this way the LV= technology delivery team was able to visibly demonstrate the continually improving product platform, now called Retirement View. It was able to take on-board feedback on its function and appearance as well as to add new requirements to the backlog in a controlled, well governed manner.

With the new pensions regulations now in effect, LV= is very well placed to offer customers a blended retirement solution supported by the Retirement View platform.

Within the business this Agile methodology has been recognised as enabling the change teams to meet their rapidly evolving needs on spec, on time and on budget.

The delivery teams have now fully embraced Agile as a way of working. With close support from the external team, they are continuously growing LV=’s capability. This is not just to support further enhancement to the Retirement View platform but also to apply this method across further projects as the benefit becomes clear.

This inspiring team of specialists has been instrumental in helping LV= identify the cultural change needed to support this agility moving forward. It continues to work with LV= as the company develops a continuous delivery approach to meeting business needs.

LV= employs 6000 people and serves 5.7 million customers with a range of financial products. We are the UK’s largest friendly society and a leading financial mutual.

When we started in 1843 our goal was to give financial security to more than just a privileged few. For many decades we were most commonly associated with providing a method of saving to people of modest means. Today, we follow a similar goal by helping people to protect and provide for the things they love… only now we deliver on a much larger scale and through a wide range of financial services including insurance, investment and retirement products.

We offer our services direct to consumers, as well as through IFAs and brokers, and through strategic partnerships with organisations such as ASDA, Nationwide Building Society and a range of trade unions.