“The Chinese use two brush strokes to write the word ‘crisis’. One brush stroke stands for danger; the other for opportunity. In a crisis, be aware of the danger – but recognize the opportunity.”
John F. Kennedy 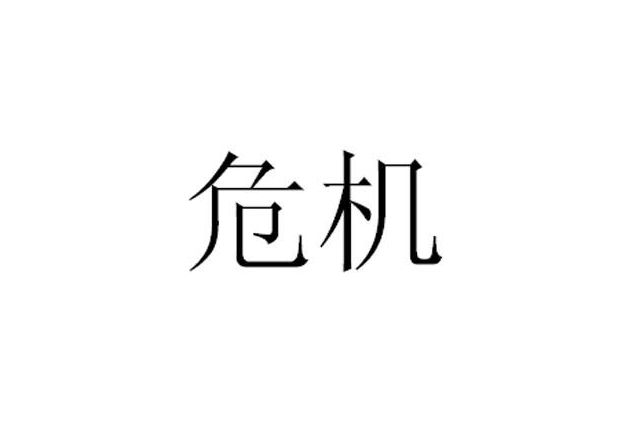 Change is a capricious mistress. When there’s no acute need for it, innovators often struggle to win support for even the most minor developments. But, as JFK observed, introduce an element of urgency – or, better still, a full-blown emergency – and a crisis becomes the instant catalyst for radical change.

The only snag is that crises are rather few and far between. In my professional lifetime I can only think of a bare handful prior to the recent financial markets meltdown.

I definitely remember ‘Big Bang’. At the time, I was a young managing consultant working on the deregulation of London’s financial markets. This was quantum change. It swept away a system of restrictive practices where foreigners were excluded from membership of the London Stock Exchange and commission rates were fixed by cosy cartels. It also buried outdated distinctions between stockjobbers and stockbrokers. Against fierce opposition, the pressure for change proved irresistible.  On October 27th 1986, the open-outcry exchange was replaced with the micro-chip, efficiency of screen-based, global trading. Nothing would ever be the same again.

Many years later, I was also heavily involved in addressing the Y2K problem (familiar territory, I suspect, for many readers). Unlike the other induced crises, this was a naturally triggered event – a quirk of chronology. Nonetheless, many CIOs seized the opportunity to conduct a thorough review of their legacy systems. Rather than meekly opt for Y2K compliance, they shrewdly decided to replace many of their creaking, obsolete platforms. Carpe diem.

Even more recently, George Osborne triggered a change of seismic proportions. In the 2014 Budget, he announced that from April 2015 “no-one need ever buy an annuity again”. Pension-holders would be free to withdraw their entire savings – at a stroke – if they so wished. Fearing a catastrophic haemorrhage of funds, this unexpected and totally unheralded announcement shook the financial services industry to its core!

Our client was one of the many that felt pole-axed by the announcement. But, as the initial shock dissipated it was replaced by a curious sense of opportunity. As President Obama’s Chief of Staff remarked on learning about the Wall Street meltdown: “never waste a good crisis”. This surprise news had suddenly created a new pensions landscape – one from which our client was uniquely positioned to benefit.

As their CIO said at the time…

“We were in a relatively unique position in that we already offered a wide variety of ‘at retirement’ products including enhanced annuities, drawdown and equity release. We quickly realised that if we could find a way of presenting the various options in one easy-to-understand product platform we would be well positioned to take advantage of the new opportunity – this was a hugely attractive goal. Unlike many of our competitors we could see these changes not as a threat but as a starting point for a better way of meeting customer needs.”

To gain the edge on rivals, the CIO and his team needed to deliver this new product platform within the absolute deadline set by George Osborne. The snag was that the precise set of requirements was still unclear. Indeed, the only certainty was that traditional methodologies couldn’t deliver against such an imprecise set of requirements and certainly not in the desperately limited time available.

For the CIO, this was the perfect storm. He had wanted to introduce a fully agile method to his company for some time but his business colleagues were reluctant to abandon their more traditional ‘waterfall’ approach to systems development. But time was now the enemy. There was an immutable delivery date of April 2015. The only way to develop a bespoke solution was to adopt an agile methodology.

Since the insurance company had very little agile experience they turned to Clustre for help. We introduced them to the acknowledged world specialists in agile delivery. A firm that had successfully completed nearly 8,000 agile projects – all of them highly complex, time-starved and mission-critical.

I won’t go into detail and describe the process – that is the subject of a separate case study we have written. However, I can reveal that (as far as we can ascertain) our client was the only UK insurance company to have a system ready and fully tested before the new legislation came into effect on April 5th this year. So successful was the whole process that the insurance company is now committed to the use of agile methods on all new bespoke systems. If agile can deliver such a complex business-critical solution, it certainly raises some serious questions about all future investment in package-based systems. 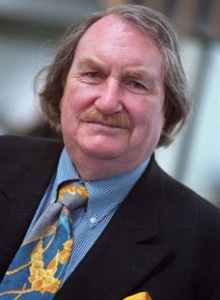 The perfect storm became the perfect pretext for turning a crisis into an opportunity.

However, because they are so infrequent, you cannot wait for a convenient crisis to come along… you have to manufacture one. The trouble-shooter Sir John Harvey Jones – famous for his flamboyant ties and for turning ICI, the ailing British chemicals giant, into one of the most potent companies in the world – was once asked what he did to force through change. “I just created a crisis”, was his instant but very incisive answer.

It’s a lesson that all ‘C’ level innovators should take to heart. Any thought-leader who wishes to drive through significant change needs to keep those three words – create a crisis – front-of-mind.

Sir Harvey-Jones is an inspiration to all of us; but his taste in ties remains optional!

Robert Baldock is the MD of Clustre – The Innovation Brokers